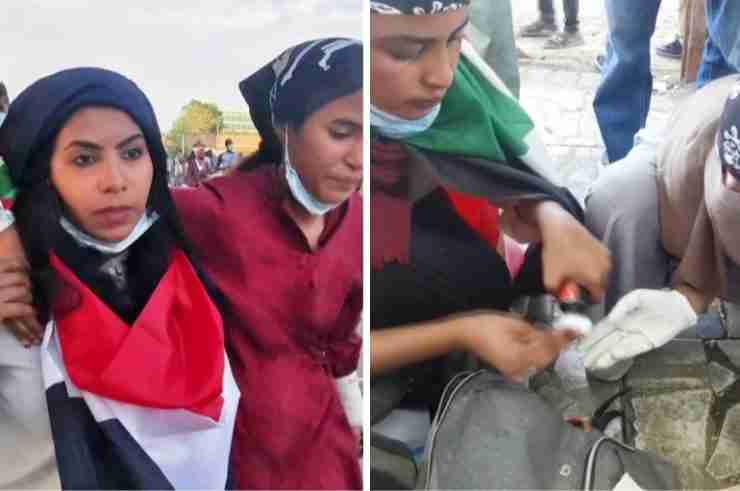 Meet doctor Abeer Derar, a Sudanese woman doctor who has been attending the anti-coup protests every week to help treat protesters on the frontlines.

The 29-year-old has been taking to the streets since the uprising in 2019 that overthrew the country’s long-time dictator Omar al-Bashir.

Now, she and her women colleagues are joining the hundreds of thousands of protesters who have been holding demonstrations after the military seized power in a coup in October last year, ending a power-sharing agreement with civilians.

“As a doctor, I perform paramedic work on injured protesters under very difficult conditions – gunfire, tear gas, violence, but all of this does not keep me from being amongst the protesters and helping them,” Derar said.

She and her colleagues, who are all volunteers, are stationed near the protest site, with injured protesters being shuttled to them on motorbikes.

Besides treating protesters, Derar also likes to switch out her gloves for a flag and take part in the protests.

“Women are steadfast on the streets, and we will remain in the streets until the demands for which we have come out are achieved,” she said.