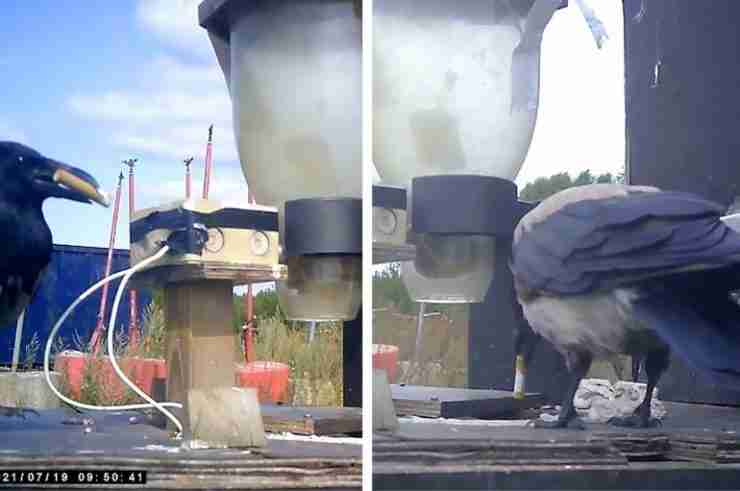 A Swedish company has been training crows to pick up cigarette butts in an effort to reduce the cost of cleaning litter off the streets in Södertälje, near Stockholm.

Corvid Cleaning has developed a pilot program to train crows to pick up trash and throw them in a machine called a bird bin, which then separates the objects and rewards birds that brought in litter with snacks.

The company decided to start with cigarette butts as they make up more than 60% of all litter items and are simple for the bird bin to identify as trash, the founder of the project, Christian Günther-Hanssen, said on the website.

“The birds take part as much or as little as they wish, and the only human involvement is to empty the bin and refill the food. Even during the training the birds only interact with the bin,” Günther-Hanssen said.

The company is working to train Hooded Crows but may expand the project to include Magpies and Jackdaws in the future.

The crows were chosen due to their intelligence and familiarity with living in human environments.

More than one billion cigarette butts are left on Sweden’s streets each year, and Södertälje spends 20 million Swedish kroner (US$2.1 million) on street cleaning per year, according to the Guardian.

Günther-Hanssen believes that the initiative can help save at least 75% of cleaning costs involving cigarettes.