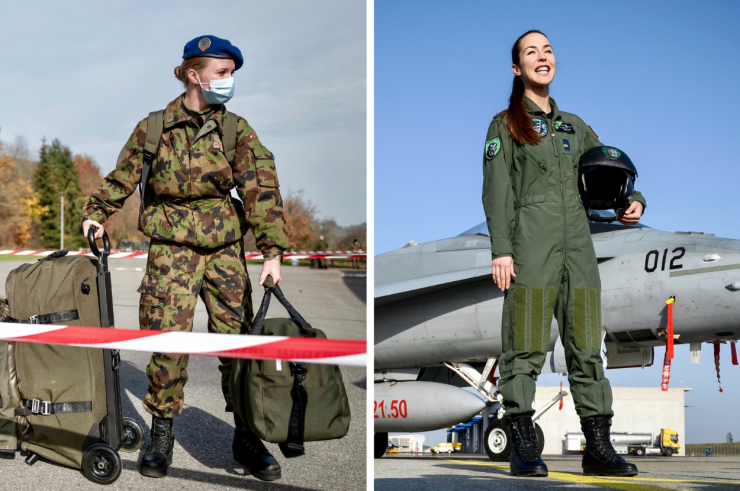 Currently, all military recruits are issued with the standard uniform that includes only men’s underwear.

Women in the forces are currently issued “loose-fitting men’s underwear, often in larger sizes” that can cause discomfort, according to the BBC.

In a trial set to start in April, the Swiss Army will offer two types of women’s underwear for warmer and colder months.

The army hopes to increase the percentage of female members in the forces from 1% to 10% by 2030.

Marianne Binder, a member of the parliament, said by providing underwear specifically for women will encourage more women to apply to the military, according to the BBC.

“The clothing is designed for men, but if the army is really to become more feminine, appropriate measures are needed,” she said.

An army spokesman told Swiss news site Watson that “[t]he old generation of uniforms was not geared enough to the specific needs of women,” adding that it was also reevaluating other apparel, including combat clothing, protective vests and backpacks to put more “focus on fit and functionality” since current sizes are relatively restricted.