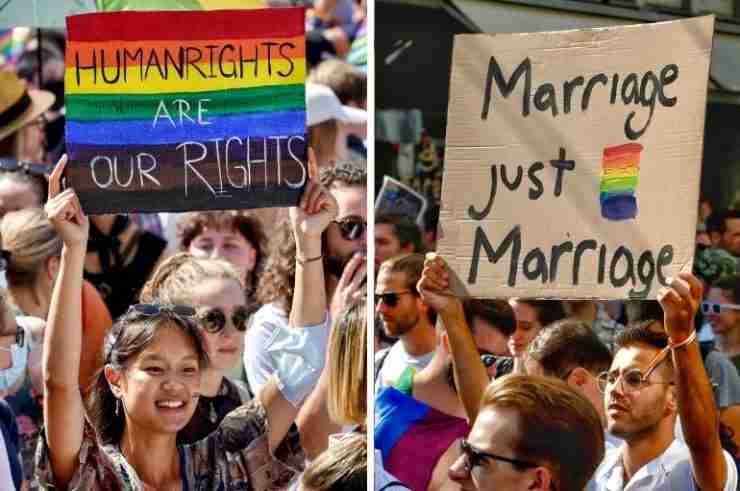 Tens of thousands of people gathered in Switzerland on Saturday Sep. 4 to rally in support of same-sex marriage ahead of a referendum on September 26.

The protesters in the Zurich Pride march held up signs reading, “You can do it. Marriage for everyone now,” public broadcaster SRF reported.

Lawmakers had voted to legalize same-sex marriage and simplify the procedures for transgender people to change their legal gender in December last year.

However, conservative politicians gathered the 50,000 signatures required to put the subject to a referendum.

Currently, same-sex couples are only allowed to enter into “registered partnerships”, which do not provide them with the same rights as those obtained through marriage, such as the rights to obtain citizenship and joint adoption of children.

If passed, the law would replace the words “groom” and “bride” with “two people” and also let lesbian couples conceive using sperm donation.

A February survey by Pink Cross, a gay advocacy group, showed that more than 80% of the Swiss population support same-sex marriage.

If approved, Switzerland will be the 29th country in the world to allow same-sex marriage.

Switzerland has been one of the slower countries in western Europe to increase LGBT rights, as Swiss political institutions are more conservatively inclined than the public, according to Reuters; a law protecting lesbian, gay and bisexual people from discrimination was only passed earlier last year.