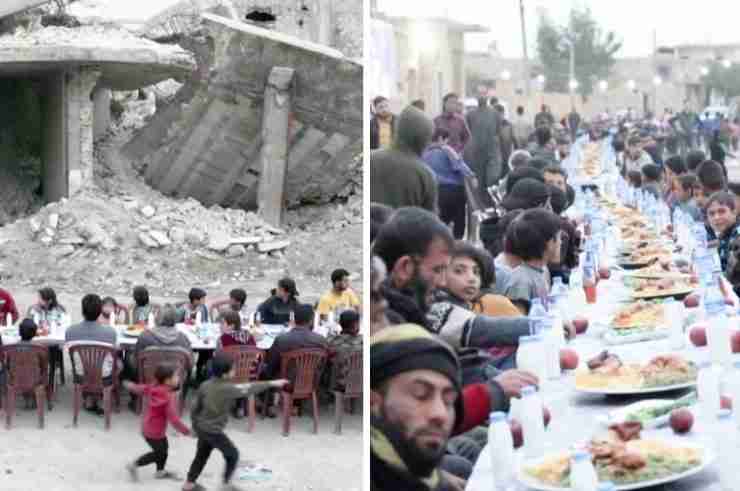 Amid the sight of rubble and destruction, hundreds of Syrian families came together to break their daily Ramadan fast with an unlikely feast outdoors.

A humanitarian organization planned an outdoor Iftar meal, an evening meal held after a day of Ramadan fasting, for residents in the northern Syria city of Tadef on Monday April 18.

Almost 600 families joined the Iftar meal, many of whom were reunited after a long time apart, according to organizers.

They sat along a long table and enjoyed the food and company.

“Families were scattered in most of the northern countryside. Today, we are gathered by the Iftar table. Families who have not seen each other for a long time are gathered,” a town resident told Reuters.

The town was once under the Islamic State’s control, and constant attacks throughout the years have left the infrastructure in ruins.

After 11 years in conflict, Syria is suffering its worst hunger crisis with 12.4 million people, 60% of Syrian population, suffering from food insecurity, according to the World Food Program.