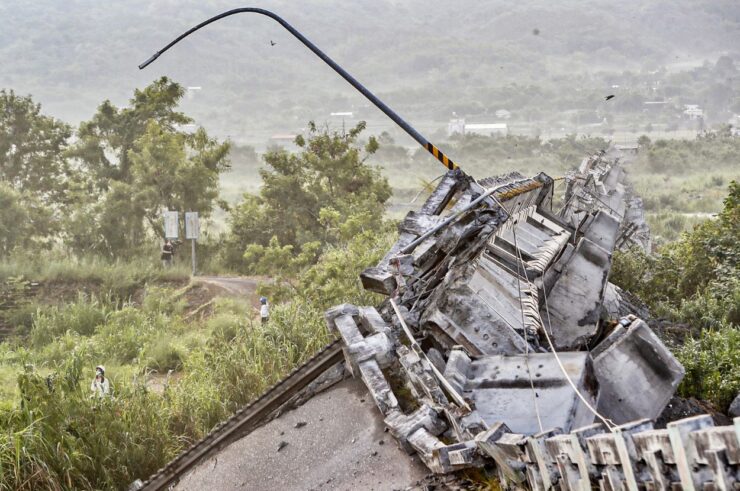 More than 75 tremors including a magnitude 6.8 earthquake struck Taiwan over the weekend, disrupting train services and toppling buildings and bridges.

The island had experienced several tremors starting the evening of Saturday Sep. 17, with the strongest quake felt on Sunday.

The epicenter of the earthquake was located in the southeastern coast of Taiwan.

146 people were injured and one death was reported, according to Taiwan’s fire department.

The worker died after equipment fell on him during his shift at a cement factory.

Around 600 people were trapped on mountain roads, but no injuries were reported and rescuers have since reopened the roads.

The high speed rail was also temporarily halted but resumed operation after safety checks, according to the Washington Post.

Meanwhile, in the capital city of Taipei and the southern city of Kaohsiung, metro systems were suspended for a brief time.

Videos on social media show the ceiling of a badminton court collapsing during the quake.

Images released showed a completely collapsed bridge and a destroyed building with a 7-11 convenience store.

Authorities are investigating the collapse.