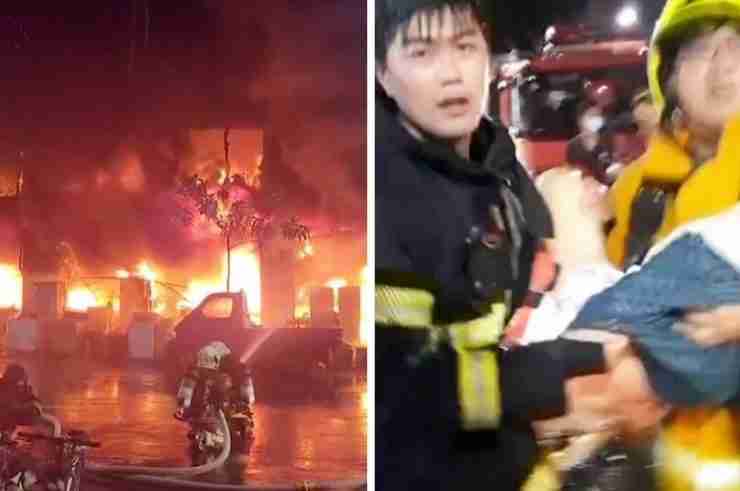 On early Thursday morning, a 13-story building in Kaohsiung, southern Taiwan, caught fire, killing 46 people and injuring dozens, making it one of the country’s deadliest fire in decades.

The building, partially abandoned, was inhabited by around 120 families, who were mostly low-income citizens and seniors with physical disabilities.

The fire department told the BBC 79 people were taken to the hospital, and 14 of those injured are in a serious condition.

The cause of the fire is still unclear and under investigation.

Nearby residents were awakened by a loud explosion around 3 am on Oct. 14.

Surveillance footage from a neighboring building showed a flash of light on the first floor that led to the entire floor being engulfed in flames, according to local news reports.

The residential and commercial building is known among locals as the city’s “No. 1 ghost building” following a fire in 1999, according to the New York Times.

Lower sections of the building once hosted restaurants, karaoke lounges, and a movie theater, but it has become partly abandoned over the years, with only families living in the middle floors.

Recent photos and videos have shown the alarming safety conditions inside, including exposed electricity cables and piles of debris obstructing the stairwells, the New York Times reported.