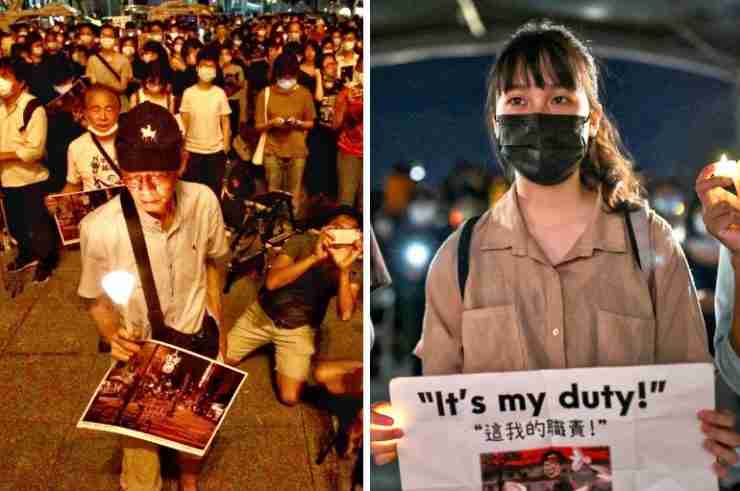 Hundreds of people in Taiwan gathered at in Taipei on June 4 to commemorate the 33rd anniversary of the Tiananmen Square massacre in Beijing, China, as the Hong Kong vigil was banned once again.

The 1989 incident, where government troops opened fire and killed thousands of student-led pro-democracy demonstrators, is strictly censored in the mainland.

For years, Hong Kong has set up annual vigils, but China has tighten security to prevent any demonstrations in commemoration of the massacre, citing COVID-19 pandemic health concerns.

This is the second year in a row that the vigil has been banned in Hong Kong.

As a democratic country, Taiwan gives its citizens the opportunity to commemorate the events, which is tied to their own history.

Activist groups replicated the “Pillar of Shame”, an iconic sculpture commemorating the victims of the Tiananmen Square massacre that was removed from Hong Kong University last year.

Locals have noted the importance of Taiwan’s role as the only Chinese-speaking country left where the massacre can be freely commemorated.

“I think it’s really nice that we get to do this in Taiwan, because now that Hong Kong is banned, they cannot go to the Victoria Park to, like, commemorate this event anymore,” a Hong Konger living in Taiwan told Reuters.

Meanwhile in Hong Kong, police patrolled Victoria Park, which, in 2019 before it was banned, saw more than 180,000 people during the annual vigil.