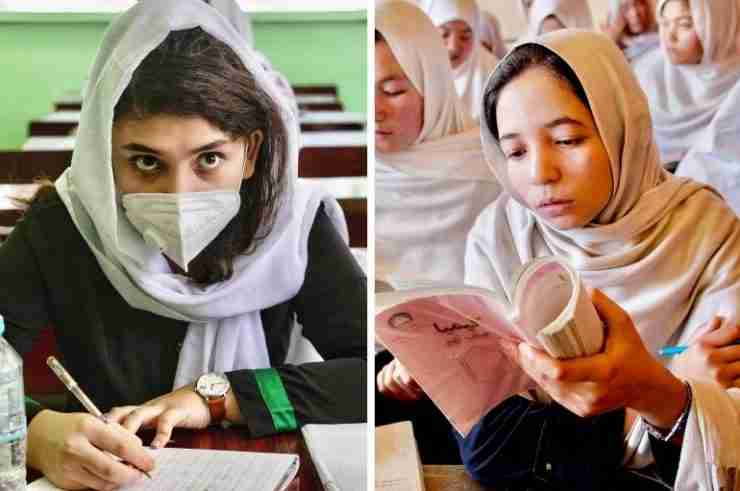 The Taliban has effectively banned girls in Afghanistan from going to middle and high school after it announced that secondary schools were re-opening for boys.

The announcement on Friday Sep. 17 said that classes for boys in grades seven to 12 would resume the next day on Saturday, the beginning of the Afghan week, but neglected to mention girls.

“All male teachers and students should attend their educational institutions,” the statement read, without any reference to girls, the Guardian reported.

This would make Afghanistan the only country on earth to bar half its population from getting a secondary education, according to the Guardian.

The Taliban has denied that it is banning girls from secondary education, saying they needed to set up a “secure transportation system” for women students before they went back to school, according to CNN.

“We are working on a mechanism to provide transportation and other facilities that are required for a safer and better educational environment,” the Taliban spokesperson, Zabihullah Mujahid, and the acting deputy minister of information and culture, said on Monday Sep. 20, adding that classes for girls in grades seven and above would resume soon.

He said that women are already allowed to study in other age groups such as at elementary school and universities.

Both boy and girl elementary students have been returned to schools, but have been segregated by gender starting from fourth grade, and the acting minister of higher education said last week that women could continue to study in universities and graduate programs, as long they were in gender-segregated classrooms.

During its rule from 1996 to 2001, the Taliban enforced a strict interpretation of Sharia, or Islamic law, banning girls and women from going to school and working and required them to be accompanied by a male relative and wear a burqa at all times in public.

Women who disobeyed were whipped or executed. Cultural activities and media, such as art, movies and music, were also prohibited.

In its first press conference after taking power,Mujahid said that women will be “very active within our society” and will be allowed to work and study “within the bounds of Islamic law.”

“We assure that there will be no violence against women,” he said, “No prejudice against women will be allowed, but the Islamic values are our framework.

However, many are concerned that the Taliban will roll back two decades of gains women and ethnic minorities have made while US troops were in the country, AP reported.

There are already reports and concrete evidence of the Taliban’s harsh treatment of women, with women protesters who took to the streets to demand their rights in recent days being beaten by Taliban fighters.