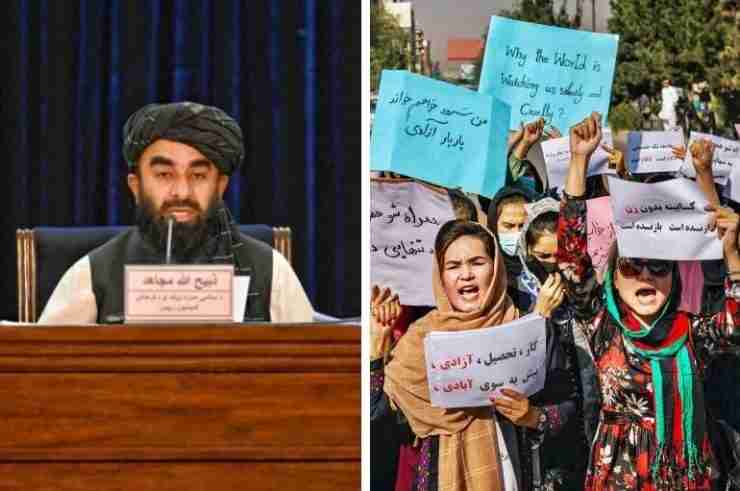 The Taliban has announced a new interim cabinet comprised of all men and officially declared the country an Islamic Emirate after taking control of Afghanistan earlier last month.

Most of the appointments are senior figures who held power during their rule in the 1990s and during the battle against the US-led coalition, according to AP.

Several of them are also listed as global terrorists by the US and the United Nations.

“I assure all our countrymen that these officials will work hard to uphold Islamic rules and Shariah law,” the Taliban’s supreme leader, Sheikh Haibatullah Akhundzada, said in a statement. “The Islamic Emirate needs the continued support of its people to rebuild the ruined country together.”

Mullah Muhammad Hassan, a hard-liner, was named as the acting prime minister and the head of the government. Hassan held a similar role in the Taliban’s leadership council in recent years and was a deputy prime minister during the first Taliban government, the New York Times reported.

The new Interior Minister will be Sirajuddin Haqqani, who is on the FBI’s most-wanted list with a $5 million bounty, according to AP. Haqqani is believed to still be holding at least one American hostage and was the head of a network that was blamed for many attacks and bombings.

Taliban leaders had said for weeks that they would form a more inclusive government, but the appointments did not include any women or anyone who didn’t hold a leadership position during the 20-year insurgency, according to the Wall Street Journal.

On Wednesday, following the announcement, a group of women in Kabul held a demonstration in Kabul against the interim government.

They were met with a violent crackdown from Taliban fighters.

Protesters said they were stopped, lashed with whips, and beaten with batons that emitted with electric shocks.

“We were all beaten. I was also hit. They told us to go home saying that’s where a woman’s place is,” a woman called Sara told the BBC.