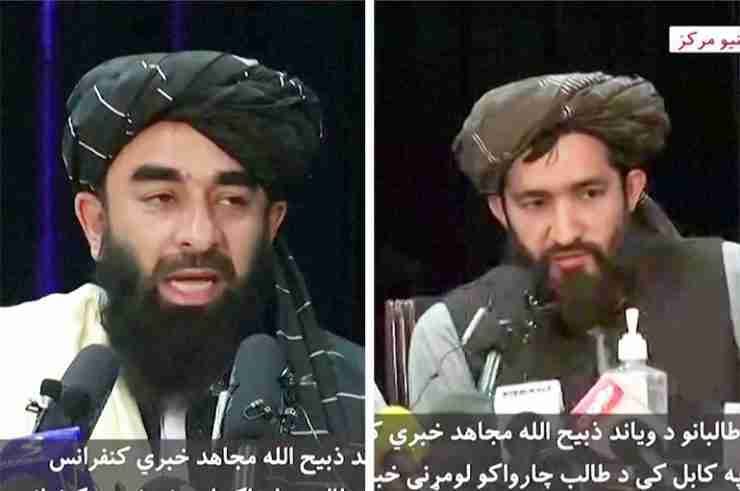 In its first press conference since taking control of Afghanistan on Sunday Aug. 15, the Taliban has said that it will not be seeking revenge against anyone who had opposed them and that women will be “afforded” their rights “within the limits of Islam.”

The Taliban’s spokesperson, Zabihullah Mujahid, told reporters at a press conference on Tuesday Aug. 17 that the insurgents have pardoned “all those who had fought against us,” according to a transcript of the press conference from Al Jazeera.

“We don’t want to repeat any conflict anymore again,” he said. “Therefore, the Islamic Emirate does not have any kind of hostility or animosity with anybody; animosities have come to an end and we would like to live peacefully. We don’t want any internal enemies and any external enemies.”

Mujahid also said women will be “very active within our society” and will be allowed to work and study “within the bounds of Islamic law.”

“We assure that there will be no violence against women,” he said, “no prejudice against women will be allowed, but the Islamic values are our framework.”

However, there are already reports of women being ordered to leave their office and turned away from schools.

When the Taliban was in power from 1996 to 2001, it enforced a strict interpretation of Sharia, or Islamic law, committing massacres against Afghan civilians, denying hundreds of thousands of starving civilians UN food supplies and carrying out a scorched earth policy of burning fertile land and destroying tens of thousands of homes.

Girls and women were banned from going to school and workplaces and required to be accompanied by a male relative and wear a burqa at all times in public.

Women who disobeyed were whipped or executed.

Cultural activities and media, such as art, movies and music, were also prohibited.

“We want a strong Islamic system,” Mujahid said, adding that “serious talks” were underway to form a new government.