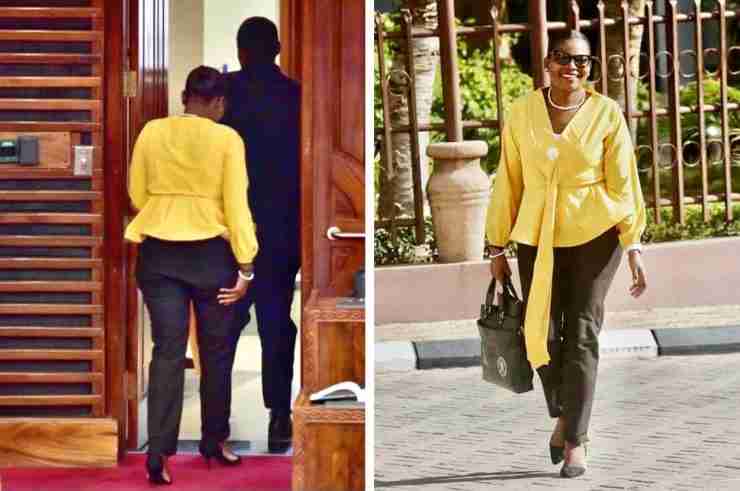 Women MPs in Tanzania are demanding the parliament apologize to Condester Sichwale, a woman MP, after she was ordered to leave the parliament due to her “tight” trousers.

“Go dress up well, and then join us back later,” the Speaker, Job Ndugai, told Sichwale in the Tanzanian parliament in Dodoma on Tuesday June 1 after a male MP called out her outfit to the speaker.

“Some of our sisters are wearing strange clothes… What are they showing to the society?” another unnamed male MP reportedly said.

Ndugai has defended his comments by saying this was not the first time he had received complaints about the outfits worn by the women members of parliament and instructed the chamber orderlies to deny access to anyone who was inappropriately dressed.

Parliamentary rules in Tanzania allow women legislators to wear trousers but specify they these should not be tight-fitting.

A group of women MPs are demanding an apology from the parliament as saying that there was nothing wrong with Sichwale’s clothes and that the incident is unfair.

The incident quickly garnered attention on social media around the world, with many people stating it was yet another example of men controlling how women should dress.

“What year is it in Dodoma?” one person tweeted.

“Do people especially East African men understand that this is misogyny and institutionalised misogyny at that? Because if not, we have a problem,” another wrote.