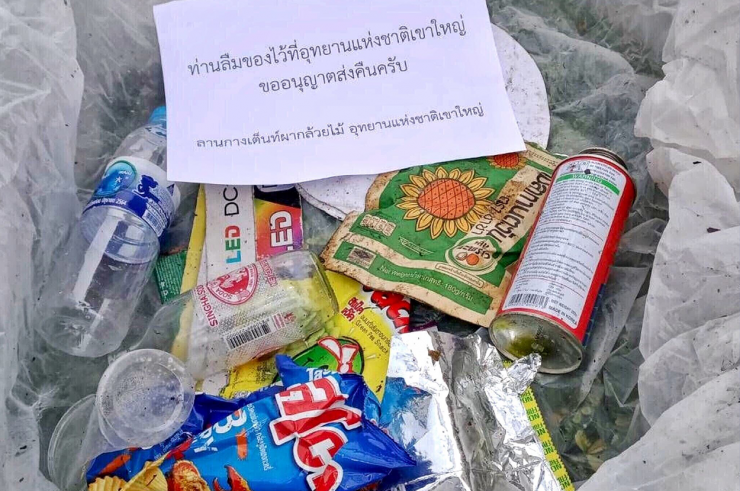 Visitors who litter in Thailand’s oldest national park will soon start receiving their trash back in the post.

Khao Yai National Park, located near the Thai capital of Bangkok, will start mailing trash visitors left behind back to them, Thailand’s minister of natural resources and environment, Varawut Silpa-archa, said in a post on his Facebook on Wednesday.

Visitors to the park will be required to register their address when they enter the park, which will allow rangers to track them down easier, according to the BBC.

Litterers will be sent a box of their trash with a note saying “You forgot these things at Khao Yai National Park” to remind people that littering in a national park is an offence that is punishable by fines and up to five years in prison in Thailand, according to Silpa-archa’s post.

Offenders will also be registered with the police, the BBC reported. The move is part of a new initiative to tackle rubbish pollution in the country.