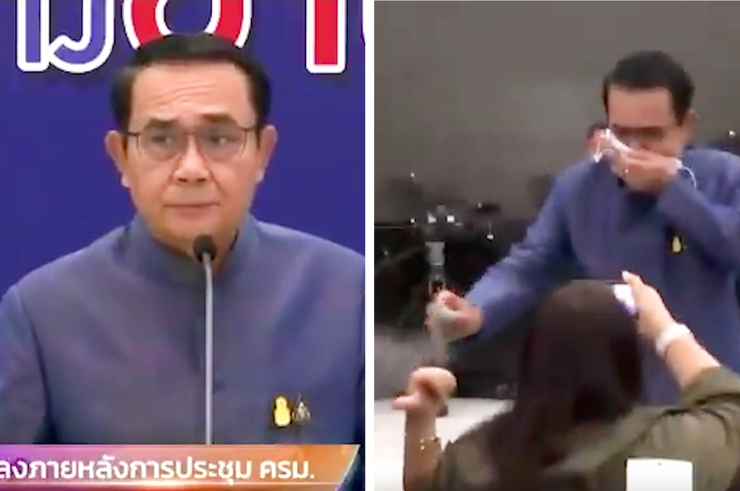 At the weekly news conference in Bangkok on Tuesday, Thailand’s prime minister Prayuth Chan-ocha responded to a final question about the latest cabinet reshuffle by spraying hand sanitizer at entire front row of the press.

The video shows journalists trying to shield their faces as the prime minister continues to spray whilst walking off stage.

Three former ministers were stripped of cabinet posts last month after convictions for insurrection over anti-government protests. Prayuth, who held power since a military coup in 2014, has a past record of acting controversially towards the press.