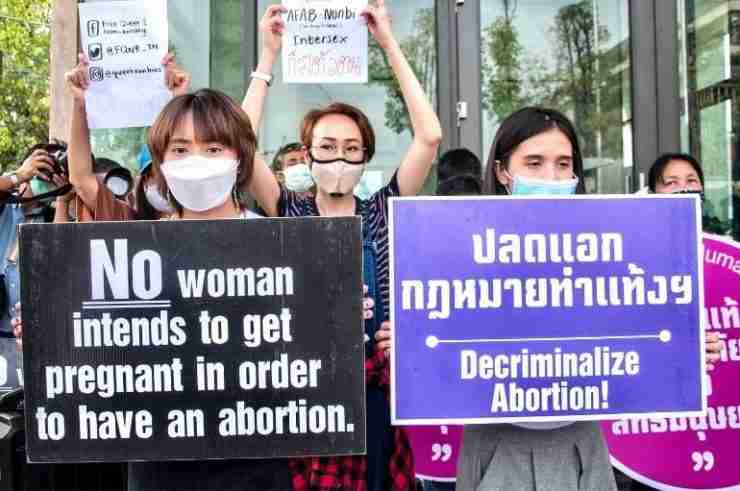 Thailand’s Parliament has voted to legalize abortion in the first 12 weeks of pregnancy but people who undergo the procedure later in their pregnancies may still face fines and up to six months in prison.

Previously, people who have an abortion can be imprisoned for up to three years and those who perform the procedure could be jailed for up to five years.

This comes after Thailand’s Constitutional Court declared that criminalizing abortion was unconstitutional and violated human rights and gave the country 360 days to change the law.

Another bill that would have allowed for abortions up to 24 weeks of a pregnancy was rejected by the lower House of Representatives.

Under the new law, which comes into effect in February, abortions after 12 weeks are only allowed when a woman was sexually assaulted, if there is a risk to her health or in the case of fetal abnormalities, according to the Bangkok Post.

Human rights groups say that the decision is not a real development and continues to deny people the right to make their own choices about their bodies.

About 1.5 million babies were born to teenage mothers in Thailand between 2000 and 2014, according to the United Nations Population Fund, and nearly 14 percent of all pregnancies were among adolescents in 2016, the New York Times reported.