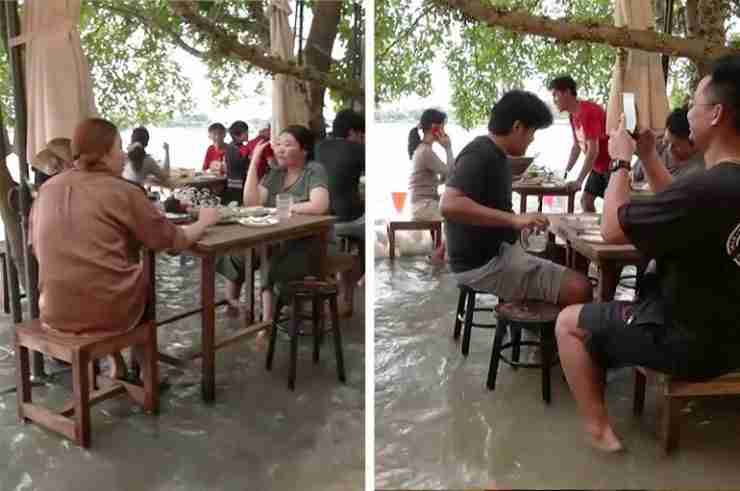 A riverside hotpot restaurant in Thailand that was flooded has become a new viral dining destination, becoming so popular that customers are having to make reservations in advance.

Instead of closing, however, the owner of the restaurant,Titiporn Jutimanon decided to stay open.

The restaurant, which opened in February, has since become a viral sensation, as people are flocking to experience dining shin-deep in water and trying to avoid the crashing waves from boats going by.

“It’s a fun challenge,” one customer, 30-year-old Jetdanai Boonrod, told Reuters. “You don’t know if you’ll get washed away somewhere while eating.”

Chaopraya Antique Cafe now holds two sitting every day when the water levels are at the highest.

“Customers absolutely love the waves,” Titiporn told Reuters. “What I thought would be a crisis turned into an opportunity.”

The restaurant has become so popular that reservations are now required.