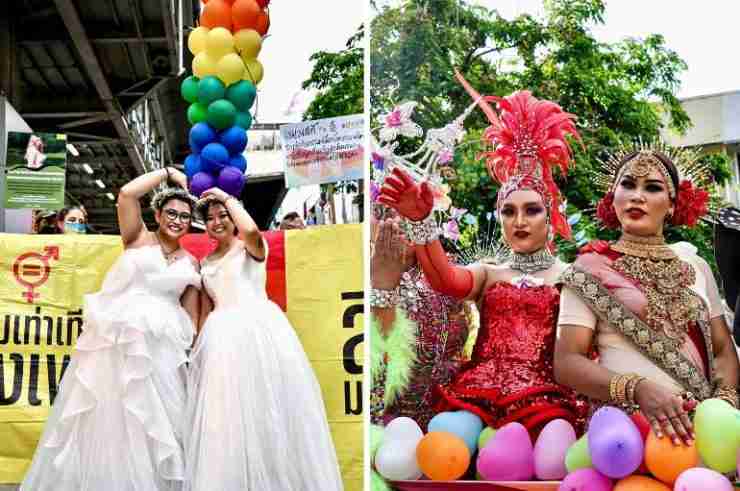 Thousands of LGBT members and supporters of equal rights attended Thailand’s first Pride parade in more than 16 years in the country’s capital on Saturday June 5.

The Bangkok “Naruemit Pride 2022” was organized by several NGOs and with the support of Bangkok’s newly ruling governor, Chadchart Sittipunt, an independent politician who supports LGBT rights.

Members of Thailand’s LGBTQ+ community raised rainbow flags on the street and expressed their “happiness” to celebrate their identity and support gender equality.

“I’m so happy that I get to express my identity. I get to tell people we (LGBTQ+) are not despicable in society,” said 56-year-old Drag Queen Gun Punna, according to Reuters.

Despite the increase visibility and growing members, Thailand’s LGBT community still faces discrimination in educational institutions and lack rights such as marriage equality.

“If we say Thailand is the heaven of the LGBT community, I would say no. It’s not true, because Thailand still doesn’t have a law or the policy that proves that we exist,” said an activist to the Guardian.

He has promised that governmental officials will no longer be forced to wear uniforms based on the sex at birth.

Also, he hopes to improve health care information about gender reassignment surgery for people transitioning to their self-identified gender.

In 2020, Thailand approved two bills which would give same-sex couples rights of married couples.

The bills are set to be presented to parliament and voted upon.