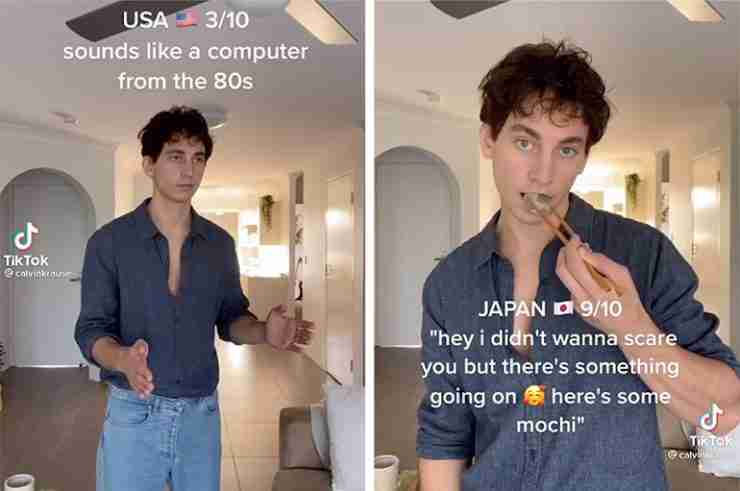 Meet Calvin Krause, an 21-year-old student and aerialist from the Gold Coast in Australia.

Krause told Almost he decided to give each sound a number depending on how scary and entertaining he found it.

He shared the video on TikTok, where it went viral and gained more than 3.3M views on the platform overnight.

Another user then shared the video on Twitter, where it also went viral and gained more than 72,000 retweets and 4.2 million views.

People thought it was hilarious.

“Not in the SLIGHTEST did I expect the video to get any views,” Krause said.

He said that after the first video, people kept asking for specific countries so he looked up the alarm sounds on YouTube and made three more videos.

However, he said that he doesn’t think he will be making more videos rating alarm sounds because most countries just use an air siren.

His initial TikTok video now has more than 20 million views.

“The more people I can entertain and make laugh the better,” Krause said.