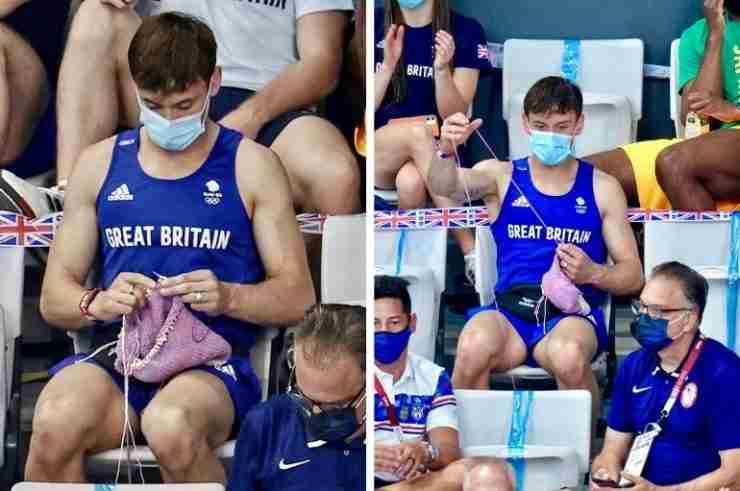 Photos of Daley knitting in the stands have since gone viral, and people are loving it. The 27-year-old later revealed that he was making a jumper for internet famous dog, Izzy the Frenchie.

The diver, who won gold alongside teammate Matty Lee in the men’s synchronized 10 meter diving event on Monday July 26, is an avid knitter and has an Instagram account, @madewithlovebytomdaley, dedicated to his yarn creations, which has more than 560,000 followers.

After his medal win last week, Daley posted a video on the account saying that “the one thing that has kept me sane throughout this whole process is my love for knitting and crochet and all things stitching.”

He also shared a little pouch he knitted for his gold medal to stop it from being scratched. The pouch has the British Union Jack on one side and the Japanese flag on the other side.

The UK athlete is set to compete again in the men’s individual 10 meter platform on Saturday Aug. 7