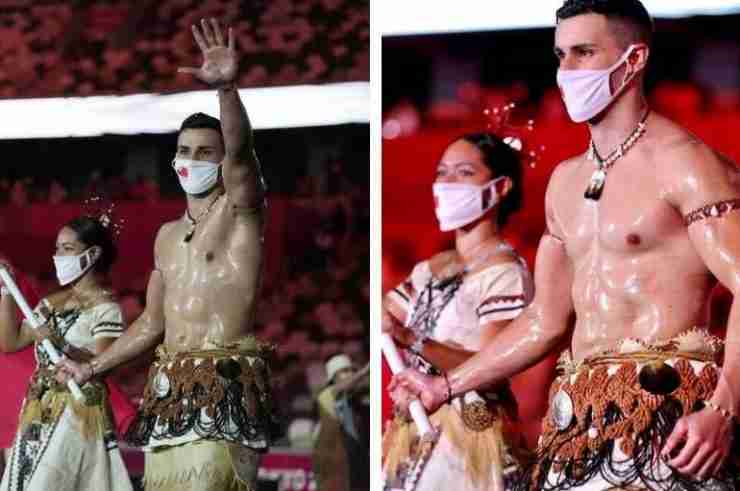 Pita Taufatofua, Tonga’s hot oiled-up flag-bearer, made his return to the Tokyo 2020 Olympics.

The 37-year old taekwondo player and skier first made his appearance known at the 2016 Rio Games, oiled-up and wearing nothing but a ta’ovala, a Tongan mat that is wrapped around the waist.

Despite being knocked out in the first round intaekwondo at Rio, his glistening shirtless appearance became a viral hit.

He said he covers himself in coconut oil because it is an “integral part of indigenous Oceanian body adornment,” adding that performers typically apply copious amounts to their body as a celebration of the symmetry of the human body.

Taufatofua was seen again in the same garb despite the below freezing temperatures at the 2018 PyeongChang Winter Olympics in South Korea as Tonga’s only representative. He competed in the 15km freestyle for cross-country skiing, finishing 114th out of 119.

Taufatofua is now back for a third appearance, this time sharing flag-bearing duties with fellow taekwondo athlete Malia Paseka.

Taufatofua is set to compete again in taekwondo in the men’s +80kg category on Tuesday, July 27th.

His first match will be against Russian Olympic Committee (ROC) athlete Larin Valdislav.