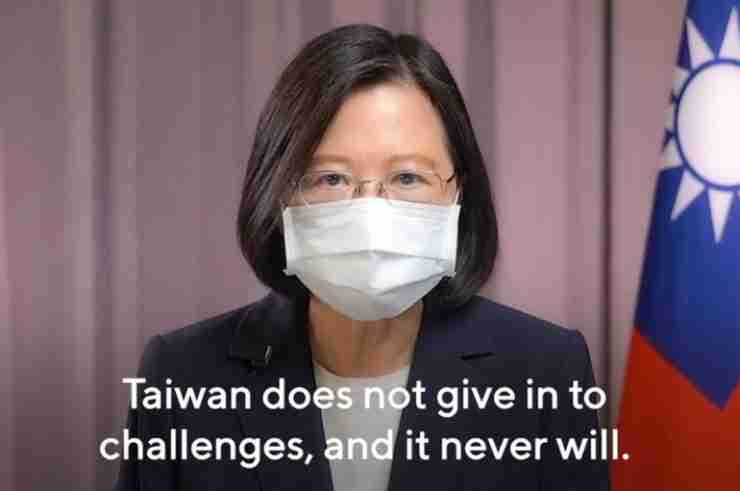 The trip by Pelosi – the most senior US politician to visit Taiwan in more than 20 years – led China to announce military drills around Taiwan.

In response, the Chinese government announced it would be hosting military drills around Taiwan after Pelosi’s departure until Sunday Aug. 7.

The drills were the largest in the Taiwan Strait in decades, with four missiles reportedly flying over Taiwan for the first time on Thursday Aug. 4.

China’s military said it had activated more than 100 planes and over 10 warships, state broadcaster CCTV reported.

In a pre-recorded video shared with the people of Taiwan on Thursday, Tsai called China’s actions “irresponsible.”

“This deliberate and continuous increase in military threats, missile launching on the world’s busiest shipping lanes, is not only against Taiwan, but also against the international community,” she said.

Tsai said that Taiwan would not escalate conflict or provoke disputes but would firmly defend sovereignty and national security, standing in line of democracy and freedom.

“Taiwan does not give in to challenges, and it never will,” she added.