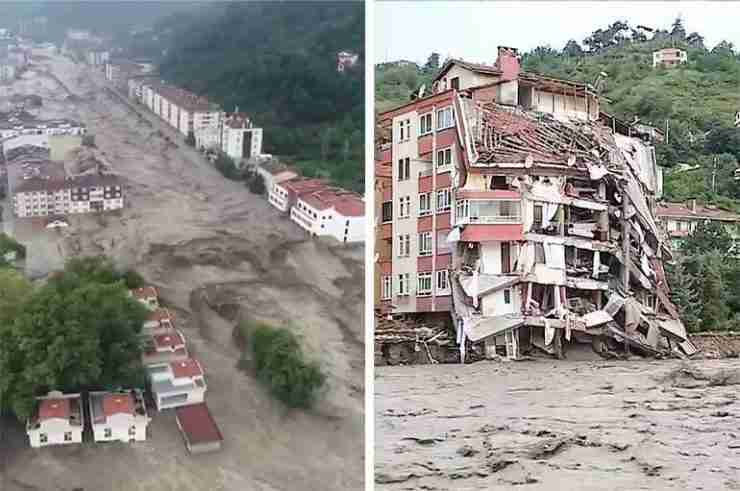 Only a few days after some of Turkey’s worst wildfires ravaged through in its south, fatal floods have hit the country’s northwest.

Torrential rains on Wednesday Aug. 11 triggered floods and mudslides in the region near the Black Sea.

Turkish authorities said that floods with water levels between 9 to 13 feet (2.7 to 4 meters) have surged through three coastal provinces of the Black Sea, including the cities of Kastamonu, Bartın, Sinop and Samsun, according to the New York Times.

The floods have caused bridges to collapse, forced thousands of people to be evacuated and left at least 31 people dead and dozens missing, including five children.

Authorities have not announced the exact number of people missing, but Turkish broadcaster NTV said more than 100 people were unaccounted for, which officials have not confirmed or denied.

Officials said that more than 1,400 people have been evacuated, some by helicopter, according to Reuters.

“From a meteorological point of view, we are perhaps facing a disaster that we have not seen in 50 or 100 years,” the country’s agriculture and forestry minister said.

The flooding comes right as firefighters had almost managed to contain more than 200 wildfires burning in the south since July. The fires have killed at least eight people and forced thousands to evacuate from their homes.