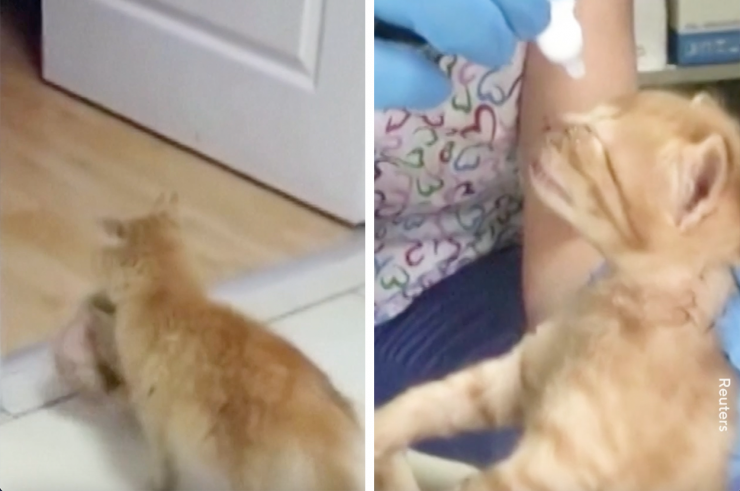 A stray cat in Turkey took her sick kittens to a veterinary clinic in the western province of Izmir to seek help.

The vet initially did not understand why the cat had walked into the clinic, a spokesman for the Karabaglar municipality, which runs the clinic, told Reuters.

The cat then brought in a second kitten and meowed for a long time.

The vet then did an examination on the kittens and discovered the kittens were suffering from an eye infection and unable to open their puffy eyes.

After receiving medical treatment, the mother cat and her kittens have now been placed in adoption.