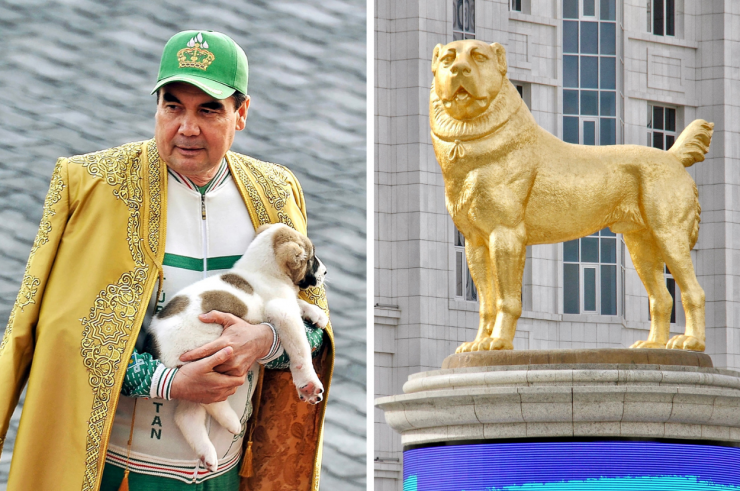 President Gurbanguly Berdymukhamedov put up a six-meter (19ft) high golden statue of the Central Asian Shepherd dog in the capital of Ashgabat last November and has written a 272-page book about the breed, according to the Guardian.

Alabai Day included a competition to find the best Alabai dog based on its appearance and agility.

The champion dog, which was in the border guard service, was given the award of courage by the president’s son, Deputy Prime Minister Serdar Berdymukhamedov.

Serdar also appeared at an opening ceremony for a new complex for the breeding of Alabai dogs.

Alabai dogs can weigh up to 79 kgs and are also known as “wolf crushers,” thanks to their skills in guarding sheep, goats and people’s homes, CNN reported.

Dogs and horses are widely used by the herders in Turkmenistan, a former Soviet republic bordering Afghanistan, and both of them are considered sources of national pride.

In 2017, Berdymukhamedov, who has been in power since 2007, gifted an Alabai puppy to Russian president Vladimir Putin. He also erected a golden statue of himself riding the Ahal Teke horse in 2015.