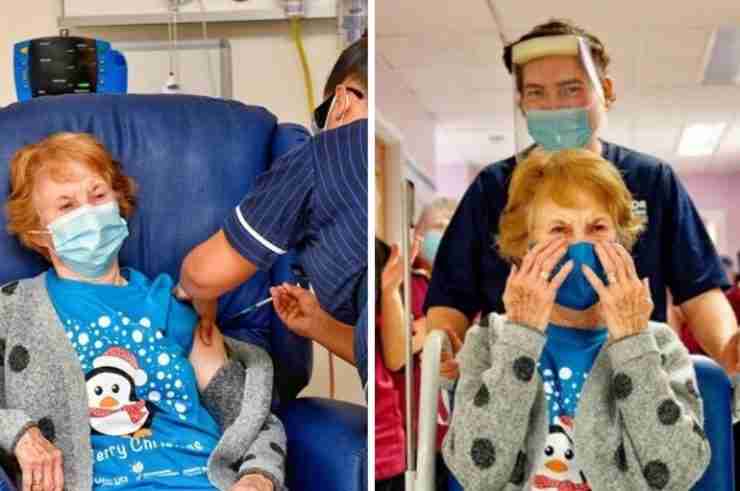 The UK has begun rolling out the world’s first mass vaccination program against COVID-19, delivering a clinically authorized and fully tested vaccine in a landmark moment in the coronavirus pandemic.

At 6:31 am GMT, Margaret Keenan, a 90-year-old grandmother in Coventry, became the world’s first person to receive one of the first 800,000 shots that will be administered in the coming weeks.

“I feel so privileged to be the first person vaccinated against COVID-19,” she said. “It means I can finally look forward to spending time with my family and friends in the new year after being on my own for most of the year.” The vaccines, which are 95% effective, will be administered at 50 hospitals around the UK until the government refines a plan for delivering them at nursing homes and doctor’s offices, the New York Times reported, with doctors and nurses at the highest risk of severe illness being first in line for the shots.

Up to four million more doses are expected by the end of the month, according to the BBC. Prime Minister Boris Johnson visited a London hospital and said that it was “amazing to see the vaccine, but we can’t afford to relax now,” adding that “we will beat this together.”

The second in line to receive a vaccine at the Coventry hospital was an 81-year-old named William Shakespeare, who said he was “pleased” to be given the vaccine and that the hospital staff had been “wonderful”, according to the BBC.