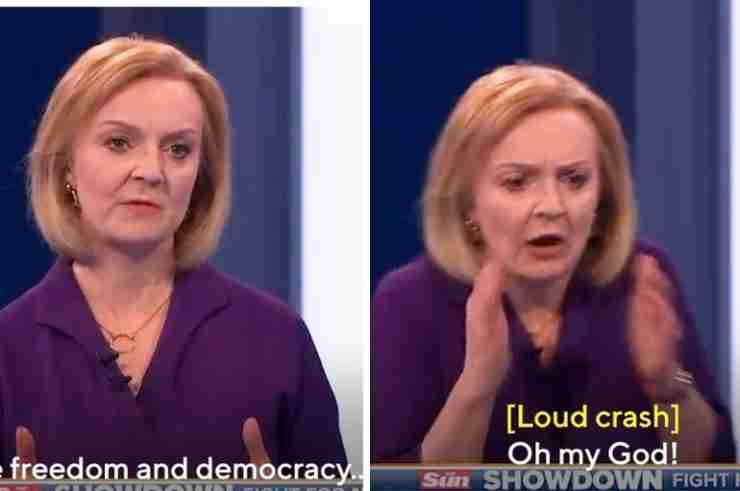 A debate between the candidates for the new UK prime minister on Tuesday July 26 was abruptly canceled when the presenter suddenly fainted on air.

The incident occurred about 30 minutes into the debate, hosted by TalkTV and the Sun, between former Finance Minister Rishi Sunak and Foreign Secretary Liz Truss, who are vying to succeed Boris Johnson as the leader of the Conservative party.

A video of the moment showed Truss answering a question when a loud crash is heard from the studio.

Truss exclaimed, “Oh my God!” as she witnessed the presenter, Kate McCann, collapse off screen.

“Kate McCann fainted on air tonight and although she is fine, the medical advice was that we shouldn’t continue with the debate. We apologize to our viewers and listeners,” TalkTV, which broadcast the debate, tweeted.

Both Truss and Sunak tweeted they were glad to hear that McCann was well and would be happy to resume the debate at a later date.

About 180,000 Conservative Party members will vote on the new leader after Johnson finally stepped down following multiple controversies on July 7.

The results are expected on September 5.