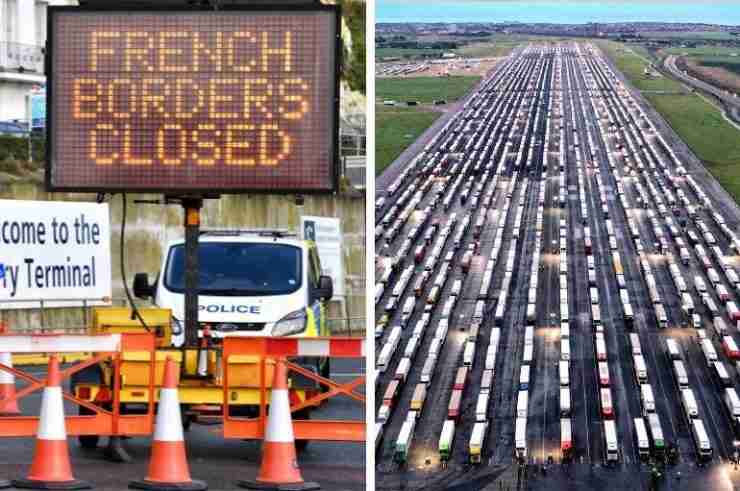 Thousands of freight trucks traveling from the UK to France have been left trapped at the border after France shut its doors to passengers and freight from the UK over fears of a new coronavirus variant detected in Britain.

The announcement on Sunday left more than 2,850 trucks stranded, the BBC reported. Some truck drivers slept in their trucks for two nights, and supermarkets were warning they could run out of fruit and vegetables.

On Wednesday, France agreed to relax its border restrictions to allow delivery drivers who showed proof of a negative COVID-19 test to enter by ferry or tunnel.

EU travelers and British citizens will EU residency will now also be allowed back into the country if they show a negative test result from the previous 72 hours, AP reported.

After two days of intense talks, Britain agreed to conduct mass coronavirus tests on truck drivers, with the French transport minister saying that testing sites would be set up on Wednesday morning for British truck drivers to make it to the continent and back in time for Christmas.

About 40 countries have banned arrivals from UK after British Prime Minister Boris Johnson announced that the country had detected a new coronavirus variant that could be 70% more contagious.

A record more than 36,800 people tested positive for the coronavirus in the UK on Tuesday.