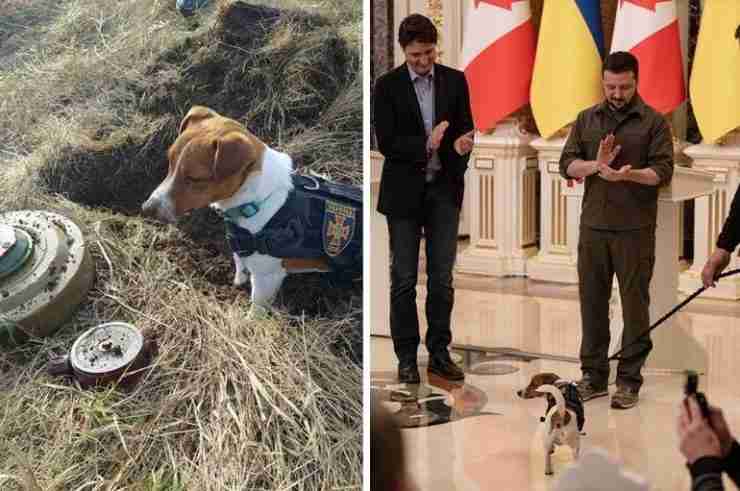 Ukrainian President Volodymyr Zelensky has awarded a medal of courage to Patron, a Jack Russell terrier, for his admirable service detecting bombs since the start of the Russian invasion.

Patron, whose name means “ammo” in Ukrainian, has detected more than 200 Russian mines and unexploded ordnances in northern Ukraine, Chernihiv, and is the mascot for the State Emergency Service.

Patron, who is two years old, has also taught children about the dangers of unexploded ordnances and the safety rules in locations where there are mine threats, according to Zelensky.

Patron and his human, Mykhailo Iliev of the Civil Protection Services, received their awards on Sunday May 8 in the presence of Zelensky and Canadian Prime Minister Justin Trudeau.

During the award ceremony, Patron barked and wagged his tail.

Trudeau patted his pockets as if looking for a treat for Patron, which made the audience laugh.

Patron is featured regularly on Ukrainian government social media and has inspired numerous artworks from locals and abroad.