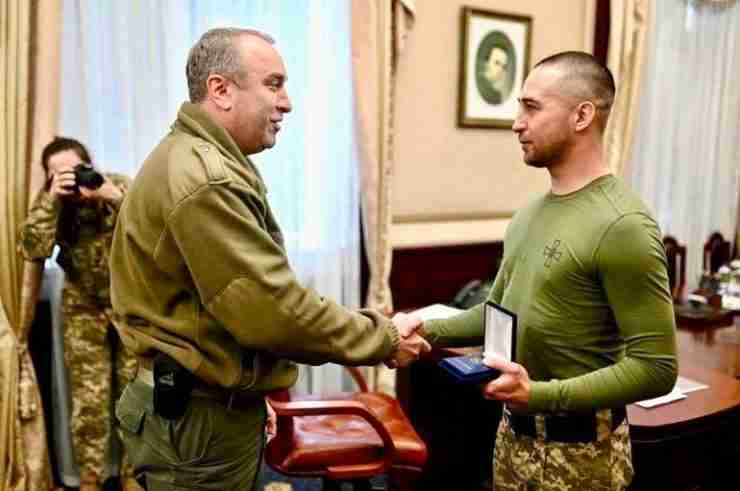 Roman Hrybov, the Ukrainian border guard who told a Russian warship to “go fuck yourself” when ordered to surrender, has returned home and been awarded a medal for his service, according to the Ukrainian defense ministry.

Hrybov had been part of a group of border guards defending Snake Island when Russia began its invasion on Feb. 24.

The recording of the exchange went viral and was heard around the world, becoming an anti-war protest slogan.

The guards on Snake Island were then believed to have been killed after they refused to surrender to the Russian navy.

However, Ukraine’s navy later discovered the soldiers were alive but had been taken captive by Russian soldiers, having fought off two attacks but surrendered at the end due to a lack of ammunition.

Last Thursday Mar. 24, they were released as part of a prisoner exchange between Ukraine and Russia.

On Tuesday Mar. 29, Hrybov met with the governor of Cherkasy, where Hrybov is from, receiving an award for his service to the region.

“I want to say a huge thank you to the Ukrainian people for such support,” Hrybov said in a video of the ceremony posted on YouTube. “We feel this support very much. It inspires us. The truth and strength are on our side.”