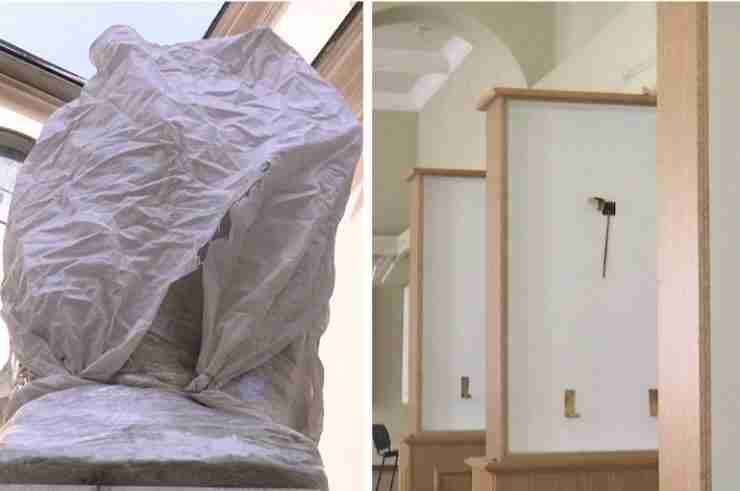 The staff at one of Ukraine’s largest museums are racing to save invaluable art as the Russian invasion continues.

The Andrey Sheptytsky National Museum of Lviv houses more than 175,000 objects, many of which showcase Ukrainian culture and heritage.

Although it is located in the western city of Lviv, away from the frontlines, the General Director of the museum, Ihor Kozhan, is preparing for the worst.

“Today we see how Russia is shelling residential areas (and) even people that are evacuating. They guaranteed they wouldn’t but now we can’t trust them. And we need to take care of our heritage because this is our national treasure,” he told CNN.

With little to no preparation time, the staff has stored paintings, manuscripts, and artifacts in wooden crates nailed by themselves rather than special packaging.

One image even shows artifacts carried in boxes intended to transport bananas.

Other museums across the country are faced with the same problem of safeguarding their art, but some haven’t been lucky.

On Feb 28, Ukraine’s ministry of foreign affairs announced that the Ivankiv Museum in Kyiv had been destroyed.

Several pieces of famous Ukrainian artist, Maria Prymachenko, were burned during the attack.

Many museums and cultural sites have survived through two world wars.