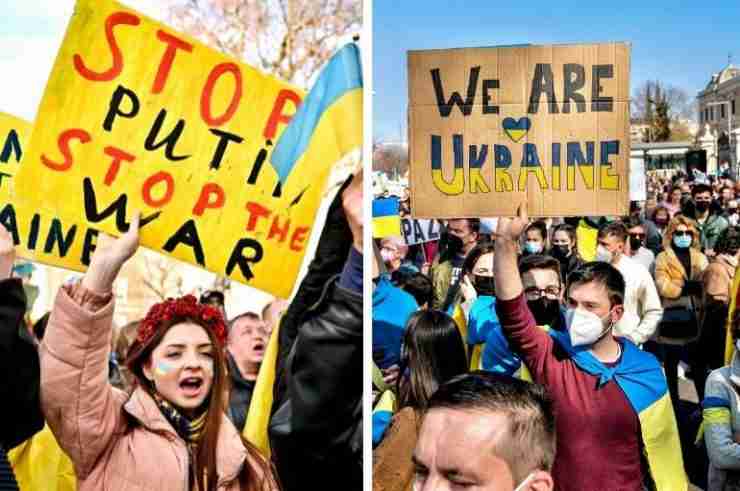 Tens of thousands of people have turned out on public squares and outside Russian Embassies around the world to protest against Russia’s invasion of Ukraine.

Protesters waved the yellow-blue Ukrainian flags and chanted slogans such as “stop Russia now” and “stop the war” since Feb. 24.

Here are some of the protests that took place around the world.

The first known protest started outside Russia’s embassy in Washington shortly after President Vladimir Putin’s announcement of the military operation against Ukraine.

In Europe, protests broke out in London, Berlin, Madrid, and France. Many of the protesters, including Ukrainian expatriates, held slogans that wrote “Stop Russia Please” and “Ukraine will Resist”.

“I just felt I was useless sitting at home watching the news, here at least I can show there are people who support Ukraine, who are against war and who want Putin to be shown his place,” Yulia Tomashckuk, one of the protesters at London said.

The demonstrators called on Russia President Vladimir Putin to stop the missiles and troop assault and demanded for stricter sanctions and broader actions from their leaders.