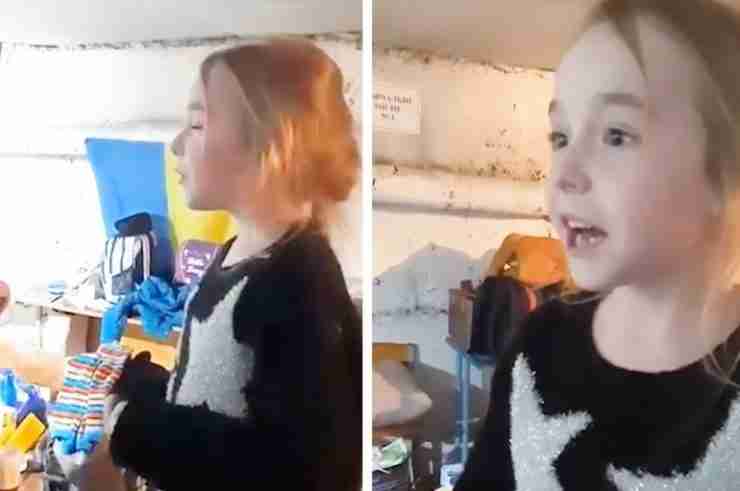 A young Ukrainian girl who performed the song “Let it Go” from Disney’s Frozen in a Ukrainian bomb shelter has captured the hearts of people online.

A video of the moment was first shared by user Marta Smekhova on Facebook.

In the video, the young girl, who is named as Amelia, is at first unsure if anyone will hear her song but is encouraged to sing regardless.

Against the sound of babies crying and people moving around, she then begins the popular Disney tune.

After she finished, the room clapped and praised her for her singing.

“This girl who just radiated light… Even men couldn’t hold back tears,” Smekhova wrote in her Facebook post.

Amelia’s dream is to become a famous singer and perform for a large audience, according to Smekhova’s post.

The video has gone viral on Facebook, and made its way to Twitter, where it gained more than 12 million views.

It has even garnered the response of Idina Menzel, the actor who voices Elsa and sings the song in Frozen.

“We see you. We really, really see you,” Menzel tweeted.

People who have been unable to safely flee Ukraine have taken refuge in bomb shelters since Russia’s invasion of Ukraine on Feb. 24.

Thousands of Ukrainian people have been forced to flee to nearby countries. The UN Refugee Agency estimates that around 4 million people will flee Ukraine.