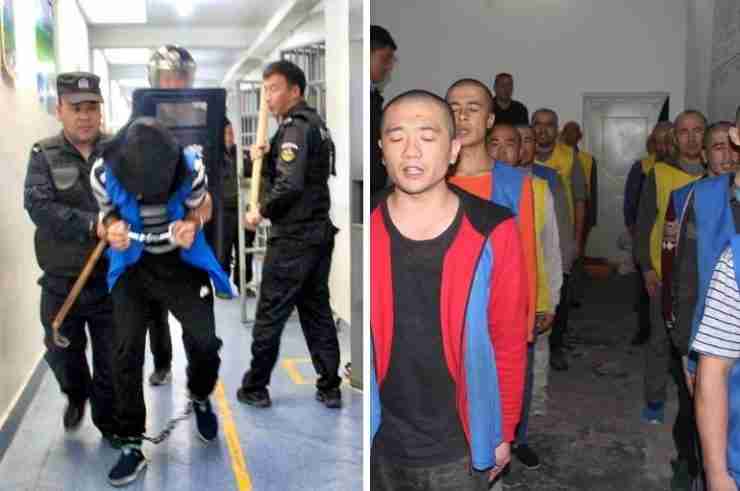 In a long-awaited report, the United Nations has found that China may have committed crimes against humanity against Uyghurs and other Muslim minorities in Xinjiang.

In a 46-page report published on Wednesday Aug. 31, the United Nations’ Human Rights Office said that “serious human rights violations” have been committed in Xinjiang and that allegations of torture, including forced medical treatment and adverse detention conditions, sexual and gender-based violence are credible.

For years, the international community has accused the Chinese Communist Party of committing “genocide” and detaining more than one million Uyghurs in re-education camps to assimilate them as part of a “counter-terrorism” campaign.

China has consistently denied human rights abuses against Uyghurs and other Muslim-minorities in “vocational skills education and training centers” built in the Xinjiang province since 2017.

The report was published just minutes before UN Human Rights High Commissioner Michelle Bachelet was set to leave office and almost a year after she promised its delivery.

Bachelet has been highly criticized for delaying publishing the report, as well as an official visit to the country in May that many say merely provided propaganda for the Chinese government.

Overseas Uyghurs and rights organizations had been hoping Bachelet, the first UN Human Rights Chief to visit Xinjiang since 2005, would condemn China’s human rights violations in Xinjiang following her visit.

However, Bachelet said after six-day trip that she could not speak to any detained Uyghurs or their families while she was in Xinjiang and had been accompanied by state officials at all times in the region, according to Amnesty International.

She also said that while she had raised questions about China’s “counterterrorism and de-radicalization measures”, her visit “was not an investigation”.

Bachelet has since said the report was delayed as it took “considerable work and review” and she “wanted to take the greatest care to deal with the responses and inputs received from the [Chinese] government last week.”

China had received a copy of the report days before its release and pressured Bachelet not to publish it, according to the New York Times. It has published a 131-page response, saying the “so-called ‘assessment'” was “based on disinformation and lies”.

The report has been welcomed as vindication for victims, survivors and Uyghur activists who have been campaigning for years for recognition of China’s suppression.

Rights groups and activists are now calling for the UN Human Rights Council to begin investigating the Chinese government’s crimes against humanity and holding those responsible to account.