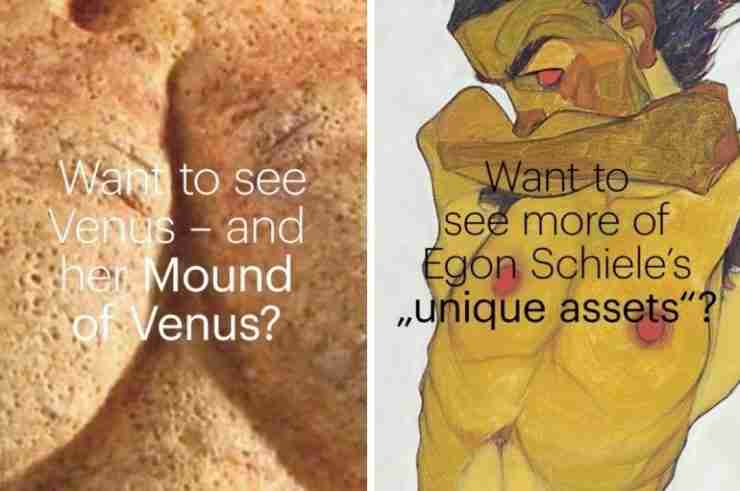 Museums and galleries in the Austrian capital of Vienna have joined OnlyFans to protest social media platforms censoring their posts of artworks featuring nudity.

The tourist board of Vienna said it decided to start an account on OnlyFans – a social platform that allows creators to post sexually explicit content for paying subscribers – after several of the city’s museums and galleries accounts were flagged and suspended for posting some works featuring nudity.

In July, the Albertina Museum had its TikTok account suspended – and then banned – after it shared works by Japanese photographer Nobuyoshi Araki that featured a partially obscured woman’s breast, the Guardian reported. The museum had to start a new account.

Earlier this year, the Leopold Museum tried to upload a video containing a painting by Koloman Moser to Facebook and Instagram to celebrate its 20th anniversary, but it was rejected for being “potentially pornographic”.

In 2019, Instagram also flagged a post from the Albertina of a painting by Flemish artist Peter Paul Reubens for violating its community guidelines, NBC News reported.

In 2018, Facebook removed a post from Vienna’s Natural History Museum with the 25,000-year-old Venus of Willendorf figurine, which may have symbolized motherhood or fertility, for being “pornographic.”

Vienna is home to some of the world’s most famous artists, including Egon Schiele and Koloman Moser, whose works “pushed the boundaries of what was considered acceptable in art and society at the time,” the tourist board said on its website, adding that the artists were also “known for their unflinching depictions of the nude human body.”

“It hardly comes as any surprise to learn that some of their artworks fell foul of the censors over 100 years ago. And the battle against censorship still rages on,” it said.

People who buy a subscription will be able to see the “X-rated” works and receive a free Vienna City card or a ticket to one of the museums to see the works in real life.