A “Once In A Century” Flood Has Hit Western Australia, Submerging Towns And Stranding Hundreds Of People

The one-in-100 year event has been described as "the worst flooding in Western Australia's history."

Western Australia has been hit by a “once in a century” flood that has submerged towns and left hundreds stranded.

“People in the Kimberley are experiencing a one-in-100-year flood event, the worst flooding Western Australia has had in its history,” the minister of Emergency Services in western Australia told reporters on Sunday Jan. 8, according to Reuters.

Authorities have already evacuated 233 people in the sparsely populated area.

But some towns such as Fitzroy Crossing, with at least 1,300 residents, can only get assistance and supplies by helicopter after floods inundated roads.

“We’re looking at not being able to get to our community for the next four to six weeks,” a resident told ABC News.

The water levels in the Fitzroy River in western Australia reached record levels of 15.81 meters, in 2002 the river had reached a record level of 13.95 meters, according to a government spokesperson.

Authorities predict the rainfall has started to ease, but the storms will continue into the Northern territory.

Australia is no stranger to rain, but experts suggest that climate change intensified the events.

Last March, Eastern Australia was hit by a “rain bomb” that caused unprecedented flooding and killed at least 22 people.

In July, more than 50,000 people were ordered to evacuate after the same region was hit by another round of catastrophic flooding.

As the world gets hotter, dry and wet seasons are becoming more intense in Australia. 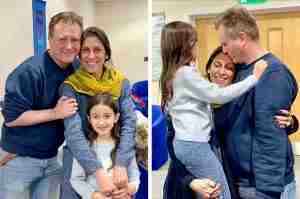 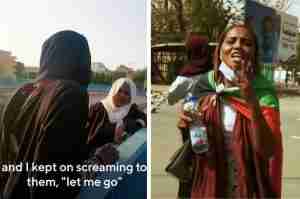