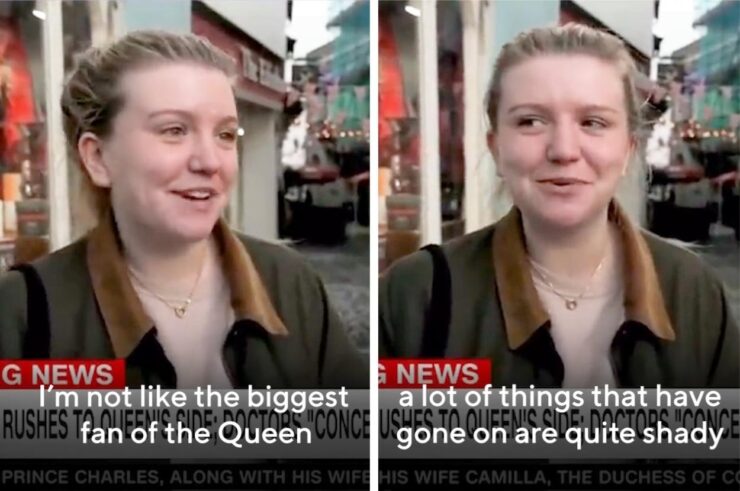 A young British woman has gone viral for her honest answer when asked on live TV about Queen Elizabeth II’s health before her death on Thursday Sep. 8.

In the clip broadcast on CNN, a reporter asks the unnamed woman in Windsor what her thoughts were when she first heard the news about the Queen being placed under medical supervision.

“I mean, it’s pretty sad when anyone gets in that position. You wouldn’t want that to happen to your own family member,” she began.

However, she then added that she wasn’t particularly upset or overwhelmed by the news because she’s not the biggest fan of the Queen or the monarchy in general.

The reporter then asks her why that was.

The woman said that it was “mainly to do with British colonial history and things like that.”

“A lot of things that have gone on which have been quite shady, even like recently, with like Prince Andrew and everything,” she then said.

A clip of the woman’s interview has gone viral on Twitter, gaining more than 5.1 million views and more than 42,000 retweets.

The interview happened just minutes before Buckingham Palace announced that the Queen had died peacefully that afternoon at Balmoral Castle.