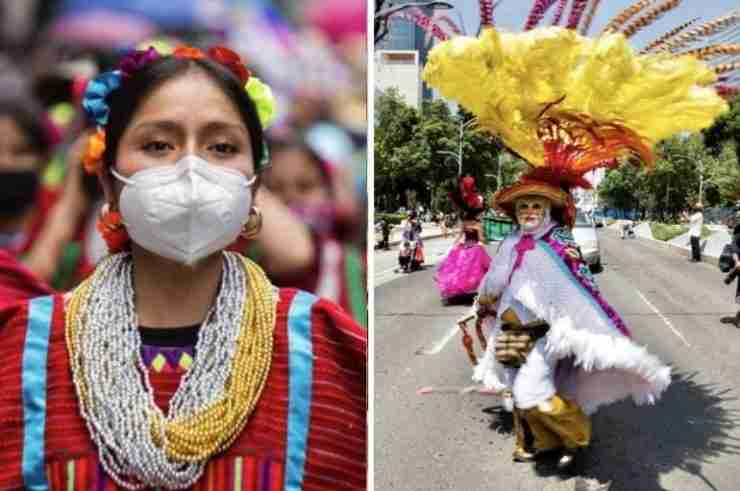 Indigenous people from around the world marked the International Day of the World’s Indigenous Peoples on Monday Aug. 9 through celebrations and protests.

The day was first established by the United Nations in 1982 to raise awareness of and protect the rights of the world’s Indigenous population, as well as recognize Indigenous peoples’ achievements and contributions to improving global issues such as environmental protection.

In Paseo de la Reforma, one of the main avenues in Mexico City, hundreds of Indigenous people gathered, wearing traditional clothing, and marched down the street.

The protesters demanded substantive acts from the government instead of just token gestures.

Mexico has more than 23 million people who consider themselves as Indigenous peoples and is one of the countries with the largest Indigenous population in the Americas.

Gaibandha, one of the districts in northern Bangladesh, also celebrated the day with the aim of calling for worldwide protection minorities’ rights.

To commemorate this day, civil organizations and groups designed a program for celebration, including colorful rallies, arrow-throwing competitions and cultural events, according to the National News Agency of Bangladesh.