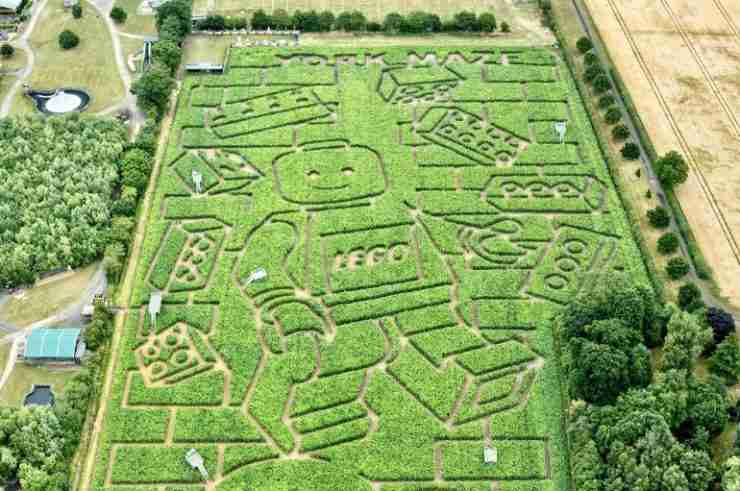 Tom Pearcy, a farmer in the UK and the owner of York Maze, has created a giant 15-acre lego maze in a corn field.

Made entirely of corn plants, York Maze is believed to be one of the largest mazes in the world and is known for its creative pop culture homages made out of a million growing corn plants.

The maze, created in honor of Lego’s 90th anniversary, spans the size of eight football pitches and is located in North Yorkshire, UK.

The design shows a giant 149 meter (492 ft) Lego minifigure surrounded by lego bricks with the words “90 years of play”.

The Lego-themed maze will be open for the public to enjoy through the summer until September 5.