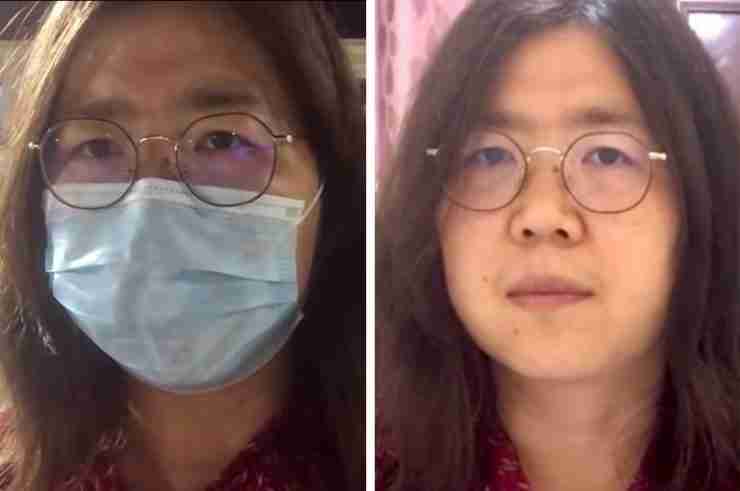 Zhang Zhan, a 37-year-old Chinese citizen journalist and former lawyer, has been sentenced to four years in prison for her reporting on the early days of the COVID-19 outbreak in Wuhan.

Zhang, who was detained in May, was found guilty of “picking quarrels and provoking trouble,” a charge that is often used against dissidents and activists.

She had traveled to Wuhan from her home in Shanghai in February to document the outbreak at its peak, the New York Times reported.

She shared videos and blog reports of the situation on the ground, criticizing the government in her last video by saying that “the government’s way of managing this city has just been intimidation and threats,” adding that “it is truly the tragedy of this country.”

She went missing on May 14 and turned out to have been arrested by police a day later.

She began a hunger strike in protest after she was detained, which resulted in authorities restraining her for 24 hours a day and force feeding her with a feeding tube, her lawyer said.

In November, she was formally charged with disseminating false information and accepting interviews with foreign media outlets and “maliciously spreading’ information about the virus in Wuhan, according to the BBC.

She appeared for her trial in a wheelchair. Zhang is just one of several citizen journalists who have been arrested or disappeared for reporting about the coronavirus in Wuhan.